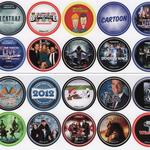 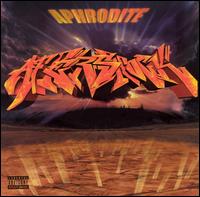 I just updated my blog to WordPress v5.9 which contains quite a few updates including a new Twenty TwentyTwo theme that's designed around Gutenberg blocks. I'll explore this theme later. As always, I backed up my files and database first. I have automatic updates disabled so I can do this beforehand. As I usually do, I updated the local copy on my PC before updating the blog here.

My Twenty Twelve theme was also updated to version 3.6 but did not contain any changes I would need to make to my child theme. So far the update seems to have gone well. 🙂

I just updated my blog to WordPress v5.8.3 which contains mainly some security fixes. As always, I backed up my files and database first. I have automatic updates disabled so I can do this beforehand. As I usually do, I updated the local copy on my PC before updating the blog here.

Since none of the themes were updated I didn't have to worry about any changes with them. So far, the update seems to have gone fine. 🙂

I am posting this a little bit early since I don't know if I'll make it to midnight. LOL

Oh yeah.. don’t be stupid and drink and drive.

Well, I finally got Firefox to play MIDI files using a Soundfont of my choice. Previously, I showed How to Make MIDI Files Sound Better in Windows 7. Well, this doesn't work in Windows 10 mainly because Microsoft removed the MIDI Mapper functionality and the MIDI playing plugins that used to work in Firefox no longer do. Anyway, here's what I did for Windows 10.

First thing in Firefox is to install the MIDI Player extension by Jazz-Soft. Then, install the Jazz-MIDI extension in Firefox. This is all you do with Firefox itself. The next two items are separate programs that run in Windows. You'll need to restart Firefox after installing the other programs.

The two items are from CoolSoft. The first in their VirtualMIDISynth program which allows you to choose which Soundfont(s) to use and which MIDI device to play through (more on this later). For now, go ahead and install their MIDIMapper plugin. This is the replacement for the removed Windows MIDI Mapper.

At this time you'll want to set your default Soundfont to use in the Soundfonts tab as seen below. I happen to like the WeedsGM3 General MIDI Soundfont.

At this time, you should be able to play a MIDI file within Firefox and it will utilize the Soundfont you chose. If you click one of the

icons on my General MIDI page then you'll see a window like the following pop-up.

Note: this will also effect any program in Windows that can play a MIDI file. Happy listening! 🙂

Just wanted to wish everyone a Merry Christmas for 2021! 🙂 There’s some cruddy weather in places so everyone take it easy out there and stay safe as well. Oh, the image on the left was taken in EverQuest II.

Looking forward to time spent with family and the good food. 🙂

Here’s a Christmas Lights to Beethoven's Symphony No. 5 music video I found. I hope you enjoy it!

The post Wishing Everyone a Merry Christmas for 2021! first appeared on Mark Headrick's Blog.

*: The Page Last Modified date above simply means the date of the file that generates this page which may or may not have anything to do with the date that other parts of the site were updated or even the contents of this page which are, for the most part, generated dynamically.

Website was created with HomeSite v4.5. After Macromedia purchased HomeSite I stopped upgrading. It seems to do the things I want.. so why upgrade? Also, some aspects of version 4.5 that I use on occasion were removed from later versions.